Funny, spirited and refreshing. Such is La Finale, a piece by Josette Baïz that resembles a musical comedy, to a score by Thierry Boulanger.

The theme of La Finale is the audition, this sort of competition that dancers undergo in order to join a company. An essential test for entering professional life, it is just as formidable as it is feared. In La Finale, the dancers, from every discipline, from hip-hop to krump via tap or classical dance and flamenco, bravely tackle the voice of a casting director, a number stuck to their top, until the “Thank You!” that signifies a fatal stop. But with each style, the competitors portray their vision, often comical and eccentric, poetic and always admirably danced. The ensemble is a pretext to highlighting the excellence of each dancer in their discipline and to have them exceed their limits by attempting the dance of another, with good humour and generosity. Thierry Boulanger, a composer of music for famous films and musical comedies has written a light and rousing soundtrack. With a touch of the theatrical, which allows the routine to make its statement by covering a few current issues, Josette Baïz was able to incorporate a few reflections on art and dance into La Finale.

With La Finale, Josette Baïz, who we have known as the director of the company Grenade, presents a new choreographic work created at Suresnes Cités dance. This time, it is with dancers from urban dance that she combines her inexhaustible source of inspiration.

Trained by Odile Duboc, Josette Baïz taught modern dance from 1978 in Aix-en-Provence. After founding the Compagnie de la Place Blanche in 1982, in 1989 under the aegis of the Ministry for Culture, she was introduced to a school in the northern districts of Marseilles. This meeting led her to reconsider the meaning of her work. The Groupe Grenade was thus born in 1992, with young people who would later form the Grenade company. Today, Grenade is an ensemble that brings together some sixty dancers split between the two structures. 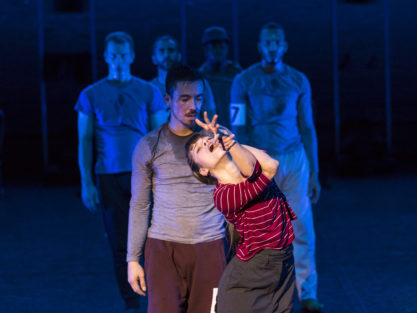 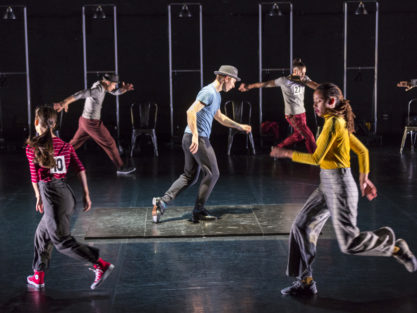