The choreographer tackles a classic masterpiece with the troupe from the Opéra National du Rhin Ballet, to the music of Tchaikovsky.

Entrusting modern choreographer Radhouane El Meddeb with the reworking of Swan Lake for the dancers of the Opéra National du Rhin Ballet was a daring move by its director, Bruno Bouché. Radhouane El Meddeb was able to respect and intensify this masterpiece, in which he expressed tumult and atmosphere.  His choreography is a stunning analysis of the formative layers in terms of the level of vocabulary, whether on a symbolic or imaginary plane. We mustn’t forget that this ballet is part of a quasi-global collective subconscious, to the extent that it alone could represent all classical dance.

Radhouane El Meddeb has created a sort of long romantic daydream, from where the emblems of the original ballet emerge, like resentful sailors: a flutter of legs, a twist of arms, a rustle of wings, a curve of the neck, a twitch of the face… all assigned randomly to the troupe members, male and female alike. Lastly, and this is the brilliance of this version, the real challenges of Swan Lake appear: the desire to take flight and the animalistic nature portrayed by each dancer, their passion to be someone else…and of course, the sexuality for which this bird has become the mythological champion for both man and woman alike. The lightness of the costumes by Celestina Agostino, the magnificent sets by Annie Tolleter and the lighting from Eric Wurtz add to the quality of this revitalized Lake.

Presenting a new version of Swan Lake with music from Tchaikovsky is always a challenge. This is what Bruno Bouché is offering us with this reworking that he wanted to entrust to modern choreographer Radhouane El Meddeb.

While moving away from the story and psychology of the classic ballet, he has kept the richness of the script and the imagery of the dance by having a vibrant poetry come forth, created from abstract and emotion.

Le Ballet de l’Opéra national du Rhin was created in 1972, and enriched by its successive directors, who all contributed, with their artistic vision, to make this company a troupe with know-how and quality internationally recognized. Due to its geographical position, le Ballet de l’Opéra national du Rhin is an artistic pole of excellence at the crossroads of the major axes of the history of choreographic creation. He is one of the few French companies to defend such a large repertoire from baroque to contemporary to show dance in all its states.

Bruno Bouché, Director of the Opera national du Rhin Ballet since 2017, spent his entire career as a dancer with the Opera national de Paris Ballet. He was the artistic director for Incidence Chorégraphique, a group of choreographic creations for the Paris Opera dancers in 1999, then took over the artistic direction of the Les Synodales Festival in Sens, as well as the municipal theatre dance season and the youth company modern choreography competition in 2013. He has created his own pieces since 2003, which he has regularly presented on the stage of the Palais Garnier and across the globe.

Radhouane El Meddeb trained at the Higher Institute of Dramatic Arts in Tunis and was named the young hope of Tunisian theatre in 1996. During these years devoted to theatre, he worked on and off with Tunisian choreographers as a performer and an artistic collaborator. Because the theatre was no longer enough for him, in 2005 he created his first work, a solo Pour en finir avec MOI. A real revelation that brought him into dance and to becoming a choreographer-performer. Since then, he has created several routines for the biggest festivals in France and abroad (Los Angeles in the USA). 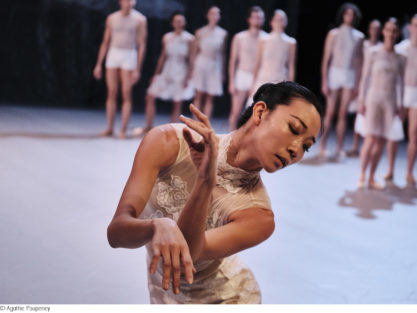 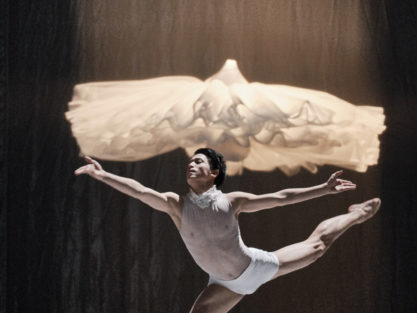 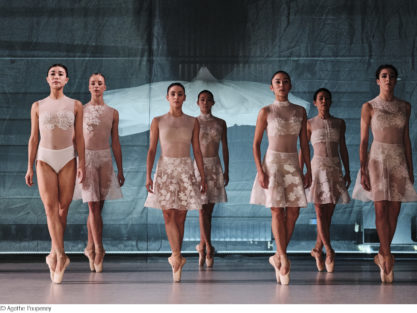