Dos au mur is a piece for two dancers who, as the title suggests, find themselves literally at the foot of a wall!

The title is to be understood literally, as in this duo the dancers and choreographers, Camille Regnault and Julien Saint Maximin, explore all the forms possible when a wall hinders or protects you. In reality, the expression comes from fencing, when a fencer backs up too far to avoid danger and ends up finding himself with his “back against the wall”. The only thing left to do is to turn around and face the threat. In this duo, the sociological aspect is not absent, however, and all meanings of this phrase are explored in turn. The rather ingenious movements allow us to discover the grammar of hip-hop in a completely different way. It must be said that Julien Saint Maximin was crowned French and European Breakdance champion and Camille Regneault is a three-times French champion and World Runner-up in the same discipline, which accounts for much of this often-acrobatic choreography, almost close to a new circus, with its ascents and rappel drops. Isn’t the wall intended to melt away? Or to undergo a metamorphosis to end up becoming invisible? At least to no longer exist, once destroyed? Is there any one on the other side?

I find this pair of dancers to be moving when sharing two different leanings. The force and on-stage presence of the wall has multiple meanings and allows them to develop a movement that is completely specific and original, inspired by hip-hop. They conjure up a poetic fantasy world while calling on a sociological or psychological reflection of ourselves.

A former top-flight gymnast and self-taught hip-hop dancer, Camille Regneault aka Kami created the company EliôZ in 2007, for which she was the choreographer, then Yeah Yellow in 2012 with Julien Saint-Maximin within this same structure. At the same time, she takes part in multiple breakdance competitions wearing the Yeah Yellow colours, in France (three-times French champion in 2013, 2015 and 2016) and also in various global championships.

A self-taught hip-hop dancer, Julien Saint-Maximin aka Bee D sets himself apart with his research into movement and his original style. He rose to fame through the battle circuit, but also as a dancer, choreographer and founder of the group Phase T with which he won several titles, including French Champion, European Champion and a 4th place in the World Breakdance Championships (BOTY 2005). In 2012 he created Yeah Yellow with Kami. 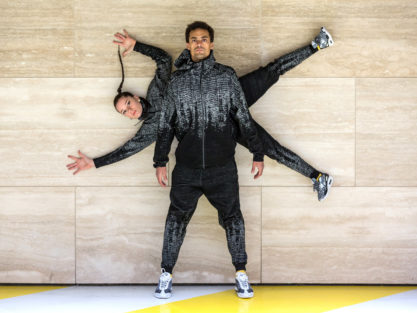 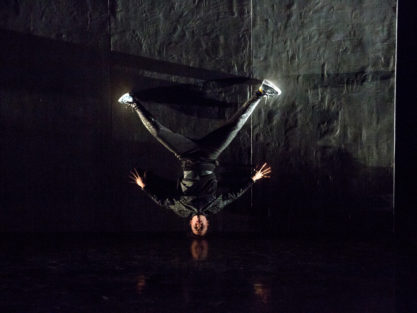