read the history of the festival

Brigitte Lefèvre worked to make this event a success on the French Riviera. Thanks to its work and energy, the Festival has taken on a new dimension.  After a long career as a dancer, choreographer, director of ballet, and recently director of Chaillot – Théâtre national de la danse, the centre of choreographic creation in France, Didier Deschamps will be in Cannes as artistic director of the 2023 Festival from November 25 to December 10. 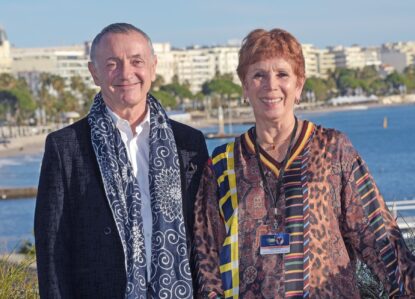 “This year, the Festival de Danse de Cannes celebrates its 20th edition. Launched in 1985, the Festival de Danse de Cannes serves as the privileged witness to the evolution of choreographic art, which has – over the years – become an unmissable artistic event for the City of Cannes, allowing people to fall in love with dance in its many aspects. I would like to pay tribute to my predecessors, and in particular to the extraordinary commitment of Rosella Hightower, who was able to combine her passion for dance so perfectly with the City of Cannes, creating her École Supérieure in the town and then presiding over the birth of this festival which presented choreographic art exactly as she liked it – in all its diversity. Jean-Luc Barsotti, its first director, and in particular Yorgos Loukos, who took over management for sixteen years, followed by Frédéric Flamand, continued this process of openness for the benefit of dance, and so it was quite spontaneously that I accepted the offer made to me to take control of this edition and the next, following in the spirit of its beginnings. That is to say, by welcoming companies of various nationalities, essential choreographers and new talents, allowing a connection with masterpieces, while daring to innovate with original pieces whose discovery will be reserved for the people of Cannes. In this way, I hope to allow the public to travel poetically and aesthetically through the nuanced territories of today’s dance in all its liveliness. Through the festival’s programming, we aim to evoke the fluidity and force of crossed trajectories, traversing the various regions of the worlds before meeting here. Just as the sea rests for a moment on the rocks before setting off again to expand our comfort zone and enrich our dreams. I thank all those who have allowed me this great adventure, and in particular David Lisnard, Mayor of Cannes, who gave me this opportunity to forge these links and make life more beautiful.” 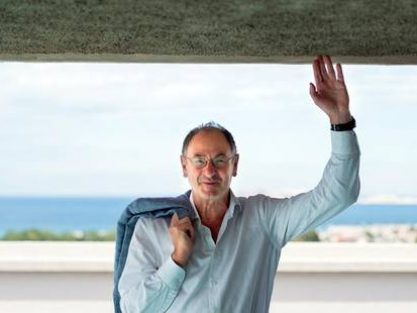 “I had the chance to direct two editions of the Festival de Danse de Cannes (in 2011, ‘Les Nouvelles Mythologies’, and in 2013 with ‘Traces/Reflets/). Cannes, the mythical city of cinema and image, gave me the opportunity to question the status of the modern body, confronted with the currents, desires and upheavals of our contemporaneity and the new mythologies it produces. A vision of dance as a message-bearer of the future of man, of his vitality, of his revolt, of his freedom in the face of the technological mirror and the conflicts of time. These were based on very diverse choreographic writings, to provoke a reflection on what is specifically human – on that which will always differentiate us from machines and images. The body has regained a central place in art: a restless, mutilated, changed, suffering or recreated body, but one which reflects the image of today’s man. A dance in which we see the most interesting forms emerging alongside other artistic fields, with a predilection for artists who bring out something new, challenging the hidden sides of our personality and reaffirming fundamental freedoms.
In order to redefine the subject in 2013, I wanted to explore the notion of Traces/Reflets; traces of an ever-present body/memory which explain our behaviour – traces of moving bodies that create a truly sensitive calligraphy. In these two editions of the Festival de Danse, I wanted to show that the body can be perceived as a synthesis of all artistic practices: theatre, painting, sculpture, music, literature, cinema and especially dance.”

“When Rosella Hightower asked me to take over the management of the Festival de Danse de Cannes, the least I can say is that I was truly surprised. Cannes, for all the dancers of my generation, was – for a while – the place where we came to take lessons. I knew a little about the Festival, but not too much. Shortly after, I got a phone call from Igor Eisner, then Inspector of Dance at the Ministry of Culture, and Paul Lepercq, Chairman of the Festival’s Board of Directors, whom I knew from New York. Already very busy with my duties as Director of the Ballet de Lyon, I wondered how I would also manage to take care of a Festival which, at that time, took place every year. It was Jean-Pierre Brossmann, Director of the Opéra de Lyon, who advised me to accept, telling me that it would be good for everyone: the Festival, the Company, and for myself. In short, this experience in Cannes offered me twenty years of pure happiness, an extraordinary opportunity to learn, meet people, evolve, grow and, in short, be happy. I quickly understood that I should be interested in many things that were not necessary the shows that would have interested me as a director, instead listening to young creators who could bring a certain novelty to a Festival for which creation and youth were part of its identity. It was thanks to Cannes and the success of the Festival that, a few years later, the Ministry of Foreign Affairs asked me to organise a festival in New York and, later, in London. I also feel that the proposal I received for the Athens Festival was due in part to the success of the Festival de Danse de Cannes. 23 years later, Cannes holds a special place in my heart, and I am delighted and moved every time I return. In fact, it’s quite simple: this city has everything you could need – the Mediterranean, the sun and the culture, it’s true happiness.”

“When the cultural managers in Cannes asked me to take over direction of a dance festival they had decided to launch, I immediately agreed to the idea of an event outside of the tourist season, reviving the traditional seasons of Marquis de Cuevas, to which the people of Cannes had once been very attached. However, we had to take into account new requirements and a young generation made increasingly aware of the explosion of dance. A formula would be required: an international festival bringing together, in just a few days, a large number of companies, with two key words – Quality and Eclecticism. From the first year, we stood up to the challenge – our theatres and their excellent technical teams made it possible to welcome the scheduled troupes alternately, proudly leading assembly and disassembly, rehearsals and performances; the audience, in a supposedly quiet month, answered the call and we were already seeing sold out shows. Word quickly spread in the world of dance, and the biggest names agreed to participate in our Festival: Cullberg, Nederlands, Scala de Milan and Stuttgart, alongside groups less known to the general public, have all delighted audiences with their talent and their enthusiasm for dancing.””