After appearing as the child of water and air, this new edition of the Cannes Côte d’Azur Dance Festival will take place as a fire sign. In support of this, the poster designed by Cristina De Middel, a talented artist whose photographs pull me right into the heart of an exhibition. To me, this red fabric opposite the ocean represents hope and openness, the attraction of far off horizons and the power of the elements that make up our world. It matches this programme for many reasons: poetic, open to the world, sensitive and attentive to humanity.

A new name, a longer scope and partnerships with the region’s major cultural facilities; this is the new formula for the Festival. This is the first time that this event, now named the Cannes Côte d’Azur France Dance Festival, has rallied so many partners around it, all demonstrating their desire to show dance in its various forms and to invest within the framework of the Festival. Beyond technique, style and form, it is about meetings, privileged connections between various structures, a reunion of people who believe in and want to work together on the same project, mutually in tune. These pathways that connect us are a way for us to demonstrate the wonderful vitality of dance in the region, in France, and also throughout the world. I also wanted to continue and strengthen our links with the Pôle National Supérieur Danse Provence Côte d’Azur [Provence Côte d’Azur National Higher Education Centre for Dance] – Rosella Hightower, run by Paola Cantalupo, who I must thank here.

As with every edition, the Cannes Côte d’Azur Dance Festival can claim to be prolific: from Giselle, a romantic ballet masterpiece, to the refined hip-hop score from Mickaël Le Mer and the global creation of his Butterfly. Opening with the Béjart Ballet Lausanne, currently directed by Gil Roman with remarkable energy and intense loyalty, this edition will close with the creation instructed from Marie-Agnès Gillot, Andrés Marin and Christian Rizzo.

With 21 performances, 15 of which in Cannes and 6 in partner cultural establishments, 15 creations for 2019, 3 world premieres, 3 French premiers, 1 European premiere and 1 creation instructed for the Festival, the programme has expanded its scope, still with the same attention to variety and internal coherence that I hold dear. These imperceptible threads that weave connections from one work to another, but also between the artists, or between the various establishments are very important to me, this is what underpins the programme, the matrix for which could be Giselle, a ballet desired by a poet, with it folly, its links between the visible and invisible worlds, a masterpiece of romantic ballet that is actually very modern in the outline of its 2nd act…

At the same time, I wanted to offer a cinematographic journey to the audience in relation to our programme. This is the opportunity for spectators to increase their knowledge of major figures in dance, such as Maurice Béjart, Sasha Waltz or Christian Rizzo, and to better understand the process of creating a ballet, for example by watching Titicut Follies, a documentary by Frederick Wiseman on the origin of the ballet of the same name.

This proposal is an invitation to go back in time in dance and question the complex and sometimes clear links that these two moving arts maintain.

I must thank the town of Cannes, which began this Dance Festival, and today David Lisnard for having renewed his faith in me and for having supported the Festival’s opening dynamic, and the directors of the partner establishments, without whom this growth would not have seen the light of day.

I would also like to thank Mrs Claire-Anne Reix, Chair of the Palais des Festivals et des Congrès and her teams for their support as well as for the actions undertaken by the Culture Division and all our partners who work to anchor this event in the region. 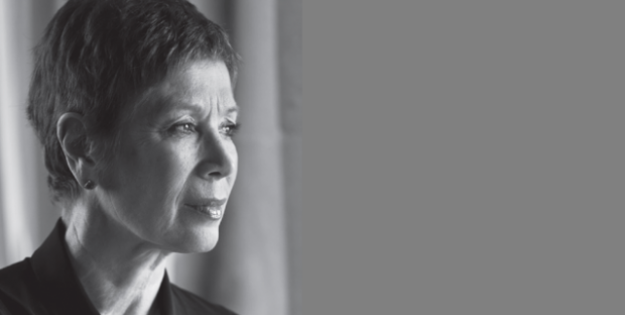 Brigitte Lefèvre joined the Paris Opera Ballet School at the age of eight and entered the corps de ballet at the age of sixteen. During her years at the Opera she studied with Yvette Chauviré, Gérard Mulys, Serge Peretti, Yves Brieux, Rita Thalia, Janine Schwarz, Serge Perrault and Raymond Franchetti, dancing in ballets by George Balanchine, Roland Petit, Maurice Béjart, Michel Descombey and Gene Kelly, as well as in the major classical works.

Interested from early on in different techniques of dance, Brigitte Lefèvre studied jazz with Gene Robinson and participated in numerous courses given by Alwin Nikolaïs, Merce Cunningham and Paul Taylor.

In 1970 she choreographed her first work, Mikrocosmos (to music by Bartok), for Jacques Garnier, Michaël Denard and herself. The ballet was presented at the Avignon Festival, in the Cour d’honneur.
She has also worked for the theatre and for musical comedy – in productions by Jean-Michel Ribes, Jean Mercure and Serge Peyrat at the Théâtre de la Ville.

She also created the choreography for La Révolution Française at the Palais des Sports in Paris and made her debut as an actress in the role of Lisa, in Dostoïevsky’s The Possessed, directed by Jean Mercure at the Théâtre de la Ville in Paris.

She left the Opera in 1972 to found the « Théâtre du Silence » together with Jacques Garnier. Situated in La Rochelle between 1974 and 1985, this was to be one of the first regionally-based companies in France. In addition to works by Jacques Garnier and Brigitte Lefèvre, the choreographies of Merce Cunningham, Lar Lubovitch, David Gordon and Robert Kovich came to enrich the company’s repertoire. They toured extensively (visiting twenty-one countries worldwide). Greatly interested in teaching, Brigitte Lefèvre gave both classical and contemporary classes within the company (which she directed single-handed from 1980 onwards), as well as running various courses.

In 1985, she was appointed Principal Inspector of Dance for the Ministry of Culture and, in 1987, promoted to General Inspector and Chief Dance Delegate.

In September 1992, she was appointed General Administrator of the Paris Opéra-Garnier and, in February 1994, Associate Director, Head of Dance. In August 1995, she was made Director of Dance at the Paris Opera.

Since her appointment, Brigitte Lefèvre has set out to create a living repertoire rhyming not only with the past and the present but also with the future.